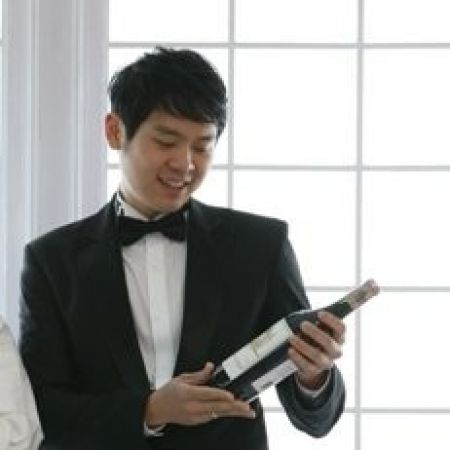 Back to Speakers View Schedule

Early on in his life, Kyungmoon Kim discovered that he had exceptional palate. As he immersed himself in the world of wine, he leveraged his palate and his natural aptitude for memorization to build an extensive base of wine knowledge. After graduating from the Culinary Institute of America in 2005, Kyungmoon sought to round out his education in hospitality management at the University of Nevada, Las Vegas. It was in Seoul, South Korea that he entered competitions, accumulating many accolades including securing third place in the Concours National du Meilleur Sommelier en Vins de France en Corée by SOPEXA and third place in the Korea International Professional Sommelier Contest.

In 2009, Kyungmoon traveled halfway around the world to join the opening team of JUNGSIK in Seoul, South Korea. There, he spearheaded the much-lauded wine and beverage department and eventually traveled back to New York to open the second JUNGSIK. After 4 years of running the beverage program and the operation at JUNGSIK that helped garnering 2 Michelin stars, Kyungmoon departed to join the team at The Modern in 2015. While working with The Modern’s wine team, Kyungmoon went on to hold an Master Sommelier Certification and eventually join the Court of Master Sommeliers in 2016.